We returned to the campus of Duquesne University and the Church of the Epiphany for the 21st Sacred Music Colloquium. This year, the Colloquium’s schedule, falling in the Octave of Pentecost, gave us the rare experience of celebrating a sung Mass for the Ember Saturday of the Pentecost season, a day of penance and intercession in the old calendar, with multiple Old Testament readings during the Mass of the day; and also the Mass when Holy Orders were traditionally conferred.

Works sung during this Colloquium are in the music book.

The opening dinner on Monday evening began with the singing of the Veni Creator, and there were greetings from CMAA publications director Jeffrey Tucker, chaplain Fr. Robert Pasley, and president Dr. William Mahrt, and from Dr. Ed Kocher, representing Duquesne University.

The first Mass of the Colloquium was a Votive Mass of the Holy Spirit, celebrated in English. Ann Labounsky was the organist, and the Mass included several examples of sung propers in English, including from CMAA’s new publications Simple English Propers and Simple Choral Gradual, and also from Palmer’s Plainchant Gradual and Bruce Ford’s American Gradual.

At dinner, Msgr. Andrew Wadsworth, director of the secretariat of the International Commission for English in the Liturgy, spoke to the Colloquium about “The Agony and the Ecstasy: The Fundamental Importance of Liturgical Chant in the Roman Missal and Our Celebration of the Eucharistic Mystery”. The text is available at Chant Café:

Msgr. Wadsworth spoke with us again on Wednesday, this time about the chants incorporated into the new Third Edition of the Roman Missal, and giving us an opportunity to read and sing a selection of them.

The annual Requiem Mass for departed members of the CMAA was offered this day, as an Ordinary Form liturgy in Latin:

The departing procession took place in silence, as is usually the practice at CMAA’s annual Requiem.

Thursday in the Octave of Pentecost is a first-class feast in the old calendar, and an opportunity to sing the propers of Pentecost again. Horst Buchholz conducted a polyphonic in singing the Missa Brevis by Lotti, and the organist, Jonathan Ryan, preceded the Mass with two preludes by Buxtehude.

For the Votive Mass of the Blessed Virgin Mary, the ordinary was from Josquin’s Missa Ave Maris Stella and the organist was Horst Buchholz. Msgr. Wadsworth celebrated the Mass in the Ordinary Form in Latin.

The Vespers service on Friday evening featured works of Victoria and an anonymous Spanish composer. Dr. Mahrt conducted the choir: 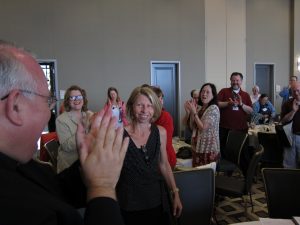 Msgr. Wadsworth and others cheering Arlene Oost-Zinner, the conference organizer 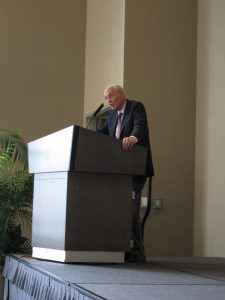 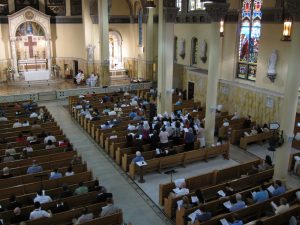 One of the chant groups 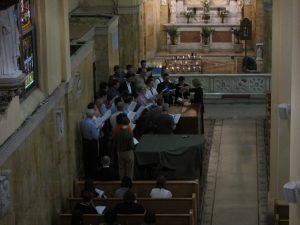 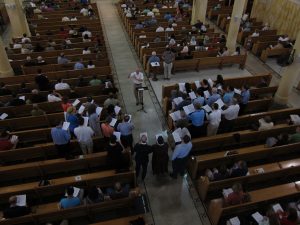 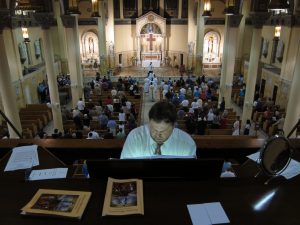 Horst Buchholz at the organ

Four times a year the Church sets aside three days to focus on God through His marvelous creation. These quarterly periods take place around the beginnings of the four natural seasons: the summer solstice, the fall equinox, the winter equinox, and the spring solstice.

These four times are each kept on a successive Wednesday, Friday, and Saturday and are known as “Ember Days,” or, in Latin, Quatuor Tempora. The first of these four times comes in winter, after the Feast of St. Lucy; the second comes in spring, the week after Ash Wednesday; the third comes in summer, after Pentecost Sunday; and the last comes in autumn, after Holy Cross Day.

These penitential times are spent fasting and partially abstaining, with the intentions of thanking God for the gifts He gives us in nature, beseeching Him for the discipline to use them in moderation, and assisting the needy. (Fasting and abstinence are no longer required by the new Code of Canon Law. They are now done voluntarily.) The fasts, known as Jejunia quatuor temporum, or “the fast of the four seasons,” are rooted in Old Testament practices of fasting four times a year. It is
very probable that these days were also instituted to counteract the pagan practices that took place during the change of seasons.

The Liber Pontificalis ascribes a law ordering the fast to Pope St. Callistus (217-222). It is, however, probably older. St. Leo the Great (440-461) considers it an apostolic institution. He also permitted the conferring of priesthood and diaconate on the Saturdays of ember week. Eventually, in Rome, all the minor orders were given as well, hence the reason for all the lessons on Saturday.

The second, third, fourth, and fifth lessons refer to the harvest and to the offerings of the first fruits of the earth, with the intention of obtaining God’s blessing at the change of the season. The fifth lesson never varies: it is the record of the miraculous preservation of the three young Hebrew men in the furnace, followed by an extract of their canticle of praise and thanksgiving.

The 1962 Missal offers the option of a shortened Mass on Ember Saturday with just two lessons. Despite the ancient origin of these days, and even though there was a belief that these days were of apostolic institution, they were completely removed from the 1970 Roman Missal. It is a rare privilege to participate in them in solemn form.

The Mass for the Ember Saturday of Pentecost 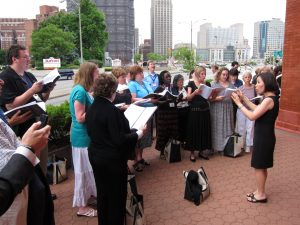 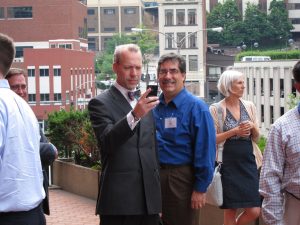 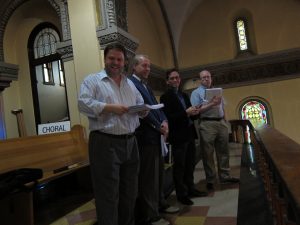 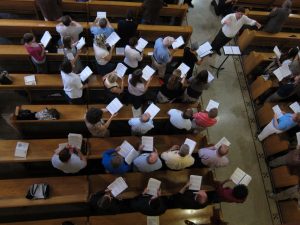 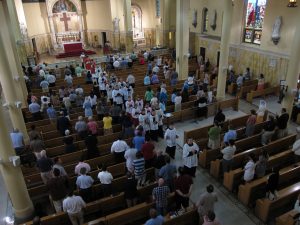 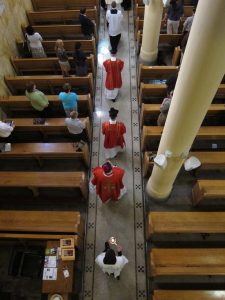 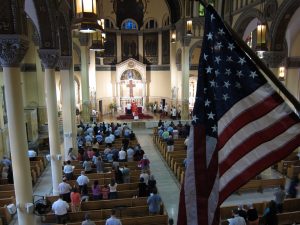 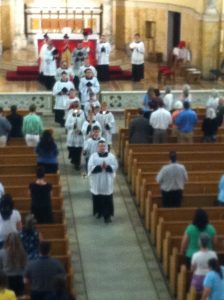 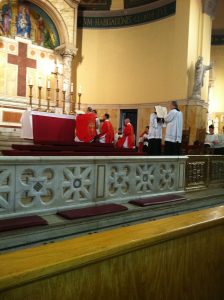 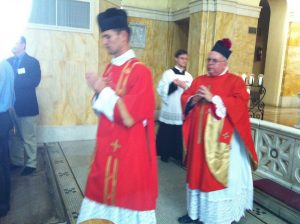 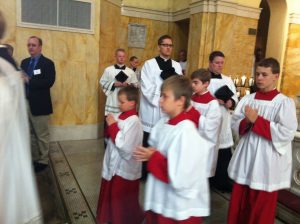 On Trinity Sunday, the Mass ordinary was the Mass for four voices by William Byrd, with Ed Schaefer conducting. John Raevens (Church of the Epiphany) was the organist.

Prof. Ed Schaefer (University of Florida) presented a series of talks on semiology. His handout is available here, along with a table of neumatic signs as found in manuscripts of the St-Gall library.

Some photos from the class are at Chant Café.