This Colloquium was our first in the West, and it was a privilege to hold our week of study and singing at the Madeleine Choir School, the only Catholic choir school in the U.S. teaching both boys and girls. Thanks to Gregory Glenn and Melanie Malinka for making the event possible.

On the first day, Charles Cole took some time to share his photographs of the Cathedral of the Madeleine: 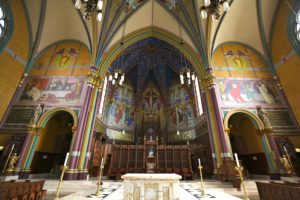 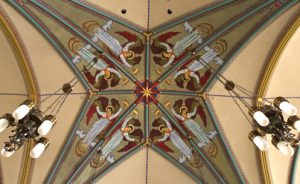 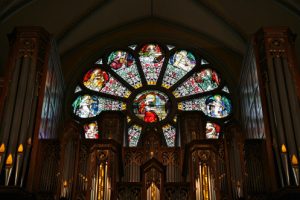 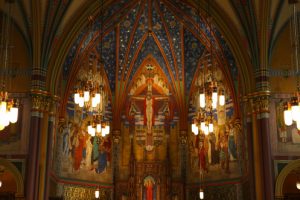 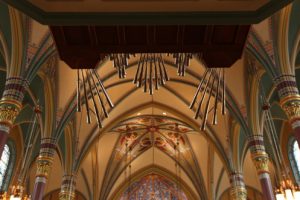 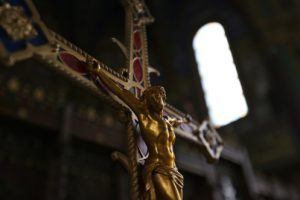 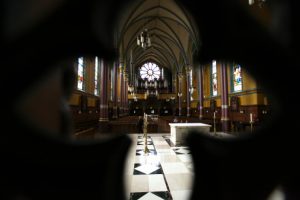 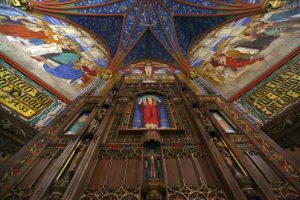 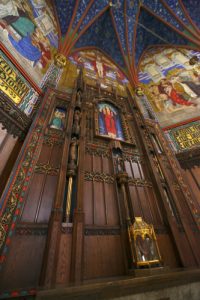 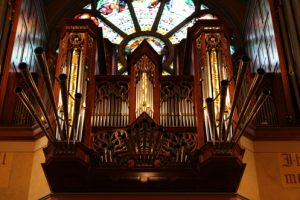 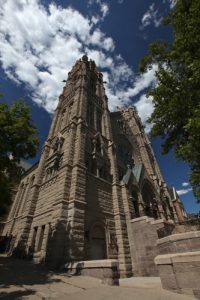 Works sung in this Colloquium can be found in the music book.

On the first full day of the Colloquium, Gregory Glenn spoke to us about the Madeleine Choir School:

Fr. Jeffrey Keyes celebrated the first Mass of the Colloquium, and the Ordinary was from Missa pro editione tertia by composer Chris Mueller (not included in the music book for copyright reasons). Here are two video excerpts:

At the end of the Mass, all assembled sang Ut queant laxis from the Office of St. John the Baptist, the hymn from which the solfege syllables “ut, re, mi, fa, sol, la, si” were derived: the first seven lines of the hymn start with those syllables, and each starts on the corresponding scale degree (later “ut” was changed to “do” in most contexts). 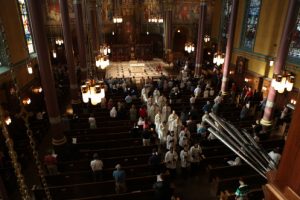 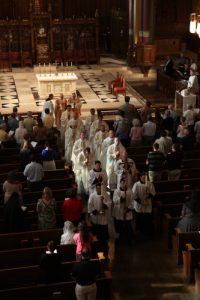 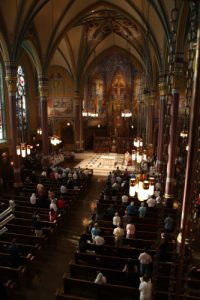 In the evening, the Choir School presented a wonderful concert:

We completed Tuesday evening with Compline:

Msgr. Andrew Wadsworth of the secretariat of ICEL, presented a talk on “The Reform of the Roman Rite”; the text is also available at NLM.

A Requiem Mass was offered for departed members of the Church Music Association of America, fully in plainchant and without organ accompaniment:

Fr. Guy Nicholls, a member of the Birmingham Oratory, spoke to the Colloquium about the John Henry Newman Institute of Liturgical Music and its work in developing plainchant adaptations in English:

The Mass this day, for the Memorial of St. Irenaeus, was celebrated by Fr. Nicholls, and the organist was Prof. Ann Labounsky (Duquesne):

Dr. Mahrt’s plenary address was on the relation of text and music in Gregorian chant:

For the Solemnity of SS. Peter and Paul, the Mass was offered in the Extraordinary Form, with the Ordinary from Vierne’s Messe solennelle, with Horst Buchholz conducting. Msgr. Wadsworth’s homily is included in the recording and is also available at NLM: 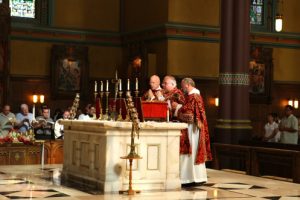 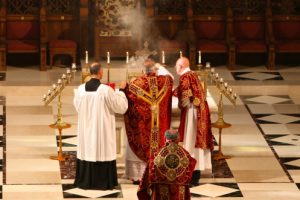 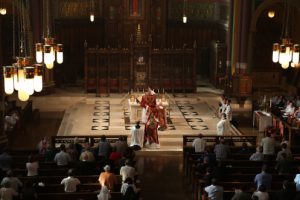 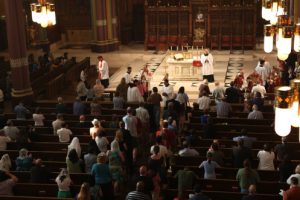 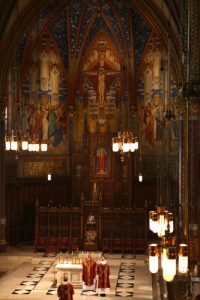 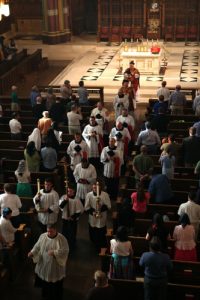 For the Saturday of our Lady, Fr. Johannes Smith, FI celebrated a Votive Mass of the Blessed Virgin:

In the old calendar, the feast of the Most Precious Blood falls on July 1, so the Vespers that evening was for the feast. Dr. Mahrt conducted the polyphony by Lassus:

The closing Mass of the Colloquium was also a parish Mass at the Cathedral, for the 13th Sunday in Ordinary Time. CMAA chaplain Fr. Robert Pasley celebrated the Mass, and Wilko Brouwers conducted the Messa da cappella à 4 by Monteverdi (1650).

A list of the semiological sources mentioned in his talk is available on-line, along with Charles’ photos of the abbey at Solesmes:

Hymnwriter and translator Kathleen Pluth spoke on “Vernacular hymns: The good, the bad, and the heretical”:

A breakout session on vocal pedagogy by Cecilia Nam (separate from the two-part seminar listed above);